The Stockholm indie rockers The Royal Concept sure as hell know how to write a hook. That much is clear listening to their 2015 EP Smile – a sonic high that effortlessly assembles together one sunshine-drenched electronically accented pop rock anthem after another. The four-piece outfit has been generating an unwavering fanbase since their formation in 2010, and then global recognition as their singles began turning up just about everywhere – from Apple commercials to the American television series Glee. Yes, things have been looking up for the Swedish pop makers who’ll be kicking off their first nationwide tour of China this Friday. I chatted with the band about their homeland’s tradition of writing catchy singles, keeping spirits high both onstage and off, and their upcoming stop in Beijing on Thursday, September 31th at Yugong Yishan.

Sweden is known for its staggering ability of writing catchy pop songs. Was this something you grew up with?

I think it is a combination of many things. First of all, Sweden has good music education that is affordable for everyone. So if someone wants to learn how to play an instrument or how to produce and write music, there’s always a way.

Second of all, ABBA definitely started a great tradition of writing catchy melodies and opened a path that many others could follow. So there are many role models for the new generation to learn and to get inspiration from.

For example, when I grew up I looked up to bands like Roxette, The Hives and The Cardigans. Also, I knew that most songs of Backstreet Boys and Britney Spears were written by Swedish people. Because of that, it didn’t feel outrageous to make catchy tunes and make my living out of music. If swedes have made it big before, why couldn’t I at least give it a try?

I think many kids have that mindset and that of course helps.

There’s something refreshing about a band that streamlines emotions and universal experiences with such directness – how much of your attitudes toward life reflected in your music?

I think a lot of it is reflected actually! We have always been very curious. We love meeting new people and learning about their life and culture.

I think that curiousness can be heard in our music too. We love exploring different harmonies, melodies, sounds and genres. If you stay in the same musical spot for too long it easily gets boring. So we move around a lot. Hopefully that will make us a little less predictable and make people NOT grow tired of us.

On a similar note, I imagine the audience plays a large role in how your music is shaped? How has the band’s relationship with audiences evolved over the years?

For sure! The audience has a great power over our songs. We try out new stuff all the time and like to improvise a lot. As a front man I’m really watching peoples reactions and take them into deep consideration.

Our relationship with our crowd was fantastic right from the start. But it gets better and better constantly. Every single show we’re learning something new to become a better and better live band. That has always been our main goal and the crowd really helps us with that.

Now we’re at a point where we get to travel all around the world and play everything from huge festivals to smaller clubs. This summer we played a festival in Spain where 60 000 people were singing along to our songs and now we’re soon off to you guys in China to experience your country for the first time. We couldn’t be more excited! 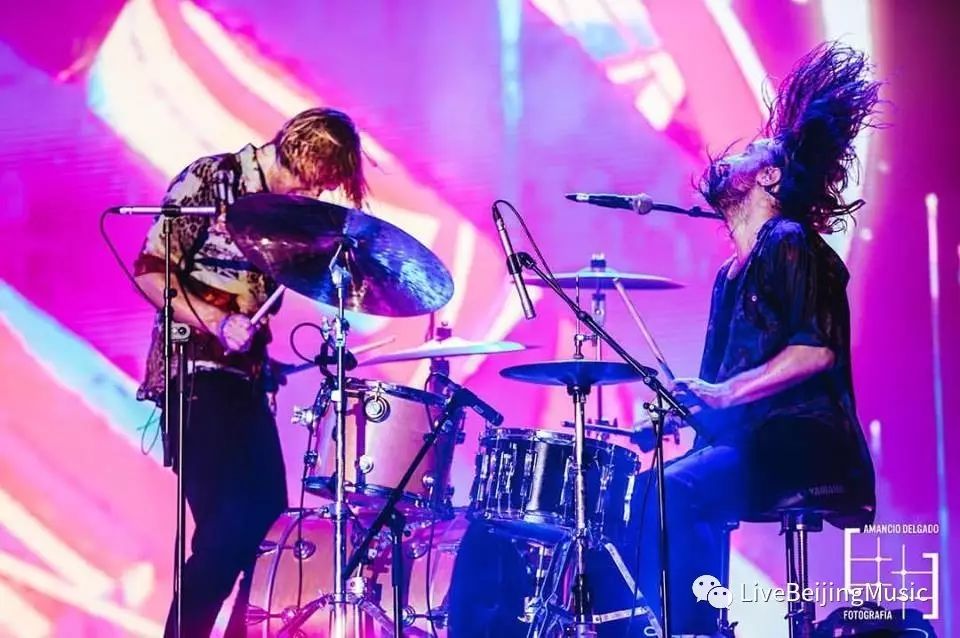 Your sound is immense, buoyant, and bursting with energy, both technically and emotionally – how does that translate to a live setting?

I think we’re a way better band live than on record. It’s just groovier and a little more playful, you know. To play shows is what we enjoy the most and that’s when the songs truly come to life. So come catch a show if you can, it will be a couple of amazing ones in China for sure. We feel more passionate about playing music than ever.

Is it difficult to maintain such a high level of energy throughout a tour (or even a single show)? Any trade tour secrets you are relay to other bands that plan on hitting the international circuit?

We honestly feel we have the best job in the world and that gives us an unlimited amount of energy.

To other bands planning on touring all over the world we can only say one thing: always hang out with the locals. Don’t fall into the trap of spending too much time in your hotel rooms watching series. Explore as much as possible and be open-minded. The more you adapt, the richer you and your music gets. Emotionally.

Traveling is a large component of being a touring band. What are the best and worst aspects of playing aboard? Will this be your first time in China and/or Asia? Any expectations?

The only hard thing about touring is that you miss your family and friends a lot. We would love to be able to bring them with us more often so that we could experience all of this with them too.

For example, this is our first time in China! But we have been touring Asia many times before, especially in Japan, but we have also played shows in Singapore and The Philippines. So we have been experiencing some Asian culture but definitely not enough. China is such an iconic country with the great wall and all of this beautiful architecture we’ve seen on pictures. And all the Chinese people we’ve met on our travels have all been very friendly and warm.

It’s been a couple years since you dropped your last EP Smile – is there a new release on the horizon? What can audiences expect to hear at your upcoming shows in China?

Yes, there is new music coming. Right after this China tour we’re going to Croatia where our guitarist Filip was born. We won’t leave until we have a brand new record. So we have no release date yet, but it will definitely happen rather sooner than later!